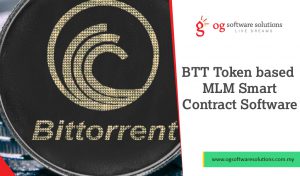 What is BitTorrent Token?

BitTorrent is a file sharing protocol with the community of over 100 million users. As such, it has become a household name among the users of the torrent technology and wider file-sharing community. BTT token with the aim to deliver at least some of these proclaimed goals:

BitTorrent (BTT) should become a bridge between content creators and their audience. The BTT team believes in the potential of cryptocurrencies to allow both the creators and users to acquire and spend them with no intermediaries involved. Thus, the users will be able to use the BTT tokens to give new value to their contributed computing resources and the transaction process will not involve the use of fiat currencies.

Cryptocurrency technology should be familiar to the torrent user community which has a long history of promoting sharing and cooperation while resisting censorship. The BitTorrent token lies at the heart of a future decentralized platform whose goals are to “promote openness, spurn censorship and reward their participants”. Perceiving that the torrent users should be no strangers to these principles, TRON jumps in as a provider of a technological infrastructure that should connect all of these users at a global level.

BTT token is supposed to bring blockchain closer to becoming a mainstream technology. Making the BitTorrent P2P network and TRON blockchain work like a unified ecosystem should ultimately mean extending the blockchain’s reach to the millions of new users and helping with the blockchain’s mass adoption.

The BTT token model should unify the efforts to reduce structural shortcomings of the BitTorrent protocol itself. The initial task of the BTT project is to offer market-driven incentives to its users in order to promote their collaboration. The common goal is to have them work together on optimizing and prolonging the lifespan of BitTorrent Swarms.

The BitTorrent token will power the BitTorrent Speed model. Acquired BTT tokens can be offered in exchange for having access to faster downloads. They will be stored in a dedicated wallet and given support for being exchanged for TRON (TRX) tokens through a decentralized exchange.

BTFS is a decentralized file storage system supported by millions of BitTorrent user nodes. By running on the blockchain, which has a Delegated proof of Stake method of processing blockchain transactions, BTFS addresses these limitations. BTFS represents the first decentralized storage system that can be used by decentralized application (DApp) developers. Soon, BTT will be introduced into the BTFS ecosystem to incentivize a fair and abundant file system.

Listed here are the major benefits.

How Does the BTT Token Work?

BT protocol is what brings together various providers of online services, such as

The team behind the BTT token promises to apply the existing expertise in running this long-existing infrastructure to the operation of its token-based system. BTT is supposed to act as the bridge for easier transactions involving available computing resources between the users of BitTorrent protocol and service providers and requester.

All transactions involving the provision of various services within the future ecosystem will be denominated in BTT tokens. The goal is to make the tokens themselves as broadly divisible as possible in order to accommodate for wide pricing ranges for the provided services. Transfer of tokens will be done via an on-chain/off-chain exchange and it will include both private ledger and the public TRON blockchain.